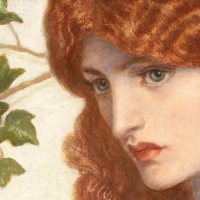 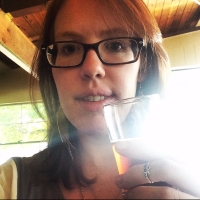 Now comes the day when I must discuss a sad topic called Brunch Karma. This theory was developed by Eric, Megan and I. It states: That one cannot simply just go on having wonderful, delicious and fun brunches, but must encounter a period of time in which the meal is an all around flop.

Ladies and gentlemen this week our Brunch Karma ran out.

Chicago in the springtime is lovely, as long as, it’s not raining, which occurs 50% of the time during spring. Sunday it rained; dark clouds hung over the city and mist swept through the streets, as we headed to a new restaurant called Sip.The decor was promising: a typewriter with the restaurants name slipped into the paper holder (a warming sight for any writer), art work featuring the cubs, dark wood and a laid back atmosphere, but this was deceiving.

We had made reservations in hopes we would be seated immediately. We were not, the wait last 20 minutes, the first hint the meal would go astray.

Once we were seated everyone ordered drinks. It took over 15 minutes for me to get the coffee I ordered and it was another 15 minutes before the waitress, who seemed to be assigned random tables, stayed long enough to take our order. The menu was a list of usual suspects in the way of options for GF (eggs…). It’s most enticing item was prosciutto and polenta, so I ordered. 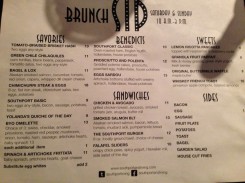 Now begins the great wait. We waited for over 30 minutes to receive our food and were ignored by the waitress during most of this time. By the time our food arrived our waters had been emptied and I was out of coffee, a deadly affair on any given morning. Our

waitress  she flippantly delivered the food to the table, and left before we had time to tell her some of our food is missing. Overall all the service at Sip is leaves something to be desired.  We were treated like the unpopular kids in middle school during lunch time, a war zone of stares and flying food.

Any way lets move on to the food:

I got the prosciutto and polenta. My eggs were over cooked, the yolks hard. I had order my eggs over easy. The potatoes were sub-per no flavor and were under cook. This was compounded by them also being cold. Nobody wants cold potatoes. The potatoes overwhelmed the plate as if it were a take over. The best thing about the dish was the polenta. It was buttery and well cooked.

Eric ordered the Tomato-Braised Brisket Hash. When he received his meal, his brisket was more like a pot roast then a brisket. It was also dry and lacking proper seasoning. His eggs were over cooked, like mine had been. Over all, his meal was a let down, compared to the description that the menu had.

He said he would not be coming back.

They also offer the option to build your own Omelet, which Megan
chose. Again the eggs were over cooked, the cheese was bunched in one spot and they brought her a side of potatoes, even though the meal came with potatoes. Our waitress never informed her of this. I think over all the omelet was not worth the money. In fact the meal itself was expensive and the service was awful. Megan’s sister joined us for brunch and reviewed it on yelp while waiting  to receive the bill:

“I’m being honest here, the brunch isn’t great. The food is so-so but we were not impressed by the service at all. It took way too long for our food to come out. The brisket was so over cooked it was a pot roast, the eggs were over cooked and the bloody Mary’s are certainly not worth $6. I’m currently posting on yelp right now because our server is ignoring us while we’re waiting for her to take our check away from us.  This place is a sad disappointment for a seasoned bruncher.”

She ordered pancakes (not gluten free) and that arrived 15 minutes after everyone else received their food.  I think  her review sums it up: the food is ok, not worth the price they charge. The service was awful, the fact that she had the time to write the review while we were waiting for our check says it all. We we ignored, simple as that.

I will not return to Sip, mostly because of the service. What the restaurant doesn’t understand, is good service will keep people walking in the door even if the food is so-so.

If you feel inclined to try this place out, here is their location and website:

I am a writer, photographer and travel of the world. View all posts by theredheadedwheatlesswanderer

Celebrating food and all the joy that comes from creating and eating it.